Henry Glass Munson was born in Manila, Philippine Islands, on December 31, 1909, son of Mrs. Francis M. (Katherine Glass) Munson and the late Lieutenant F. M. Munson, Medical Corps, USN. He attended San Diego, California, High School, and after his enlistment in the U.S. Navy on June 28, 1927, completed the Naval Academy Preparatory Course at the Naval Training Station, San Diego, and entered the U.S. Naval Academy, Annapolis, Maryland, on June 29, 1928, as Midshipman from California. He was graduated and commissioned Ensign in the U.S. Navy on June 2, 1932, and through subsequent advancement attained the rank of Captain, to date from January 1, 1951.

Detached from the Naval Academy in June 1932, he joined the U.S.S. West Virginia (BB-48), in which he had various junior officer duties while that battleship operation as Flagship for Commander Battleships, and Commander Battleship Division 4, Battle Fleet. After three years’ duty on board theWest Virginia, he served for ten months as Gunnery and Deck officer of U.S.S. Bridge (AF-1), provision store ship, and remained at sea from April through December 1936 as Gunnery Officer of the U.S.S. Ellis (DD-154).

He had submarine instruction at the U.S. Submarine School, New London, Connecticut, and from June 1937 until June 1939 served as Engineering Officer fo the U.S.S. Porpoise (SS-172). He then had shore duty at the U.S. Submarine Base, Pearl Harbor, as Mine Overhaul Officer, and in August 1940 joined the U.S.S. Sculpin (SS-191) as Executive Officer. As such he organized and trained the first submarine relief crews during the period immediately preceeding the Japanese attack on the Fleet at Pearl Harbor on December 7, 1941.

From January 1942 until January 1943 he commanded the U.S.S. S-38 (SS-143), and during that period rescued 54 survivors from HMS Electra, a British destroyer lost by enemy action during the Battle of Java Sea on 27 February 1942, and the same month conducted the bombardment by a submarine of a Japanese-held shore position on Bawean Island, Java Sea.

Returning to the Southwest Pacific Area, he commissioned and commanded the U.S.S. Crevalle (SS-291) from March 1943 until March 1944, and participated in the first two successful war patrols for which that submarine was awarded the Navy Unit Commendation. He commanded relief crews while serving on the staff of the Commander, Submarine Squadron 16 to the Southwest Pacific Theater from March to July 1944, then for four months was Commanding Officer of the U.S.S. Rasher (SS-269), which was awarded the Presidential Unit Citation for heroic action for her first, third, fourth, and fifth war patrols in the Pacific during the period September 1943 until September 1944, the fifth patrol being under his command.

For heroism and outstanding achievement in action in the Southwest Pacific Area, from December 1941 unti November 1944, during which time he conducted several successful war patrols and sank numerous vessels, including a Japanese Naval carrier of the Taka class in a night surface torpedo action (October 1944) of Vlgan, Luzon, Philippine Island, he was awarded the Navy Cross, with 2 Gold Stars in lieu of two additional awards, and two Letters of Commendation, with Ribbon, Star and Combat V. The citation follows, in part:

Navy Cross: “For extraordinary heroism as Commanding Officer us the U.S.S. Crevalle on patrol in enemy-controlle waters from October 27 to December 7, 1943… Commander Munson took advantage of every favorable attack opportunity and, fighting his ship with determined aggressiveness, succeeded in sinking or damaging an important amount of vital hostile shipping. Displaying skillful evasive tactics in the face of vigorous enemy countermeasures, he handled his vessel with outstanding proficiency and brillian seamanship, bringing the Crevalle through each fierce engagement without damage.”

Gold Star in lieu of second Navy Cross: “For extraordinary heroism as Commanding Officer of the U.S.S. Crevalle, during the second war patrol of that vessel in enemy Japanese-controlled waters, from December 30 1943 to February 20, 1944. Vigilantly searching the seas for Japanese shipping, [he] pursued one hostile ship for fifteen hours and, driven off four times by enemy escorts, relentlessly returned to press home his attack, climaxing this prolonged chase and engagement by sending the enemy to the bottom. With only two worthwhile contacts picked up by U.S.S. Crevalle, he requested and received a five-day extension of the regular patrol period, setting out with renewed vigor to intercept Japanese surface units. Tracking one escorted convoy of nine ships covered by hostile aircraft from mid-morning until dark, [he] directed the gallant submarine in a bold night surface attack and succeeded in scoring torpedo hits upon six enemy vessels…and escaping damage despite wild Japanese gunfire and intense depth-charge barrages. Under his brilliant leadership, the Crevallecompleted a daring patrol in the face of terrific opposition, sinking three freighters, one armed patrol tug and a sailing craft, and damaging four other hostile ships…”

God Star in lieu of third Navy Cross: “For extraordinary heroism as Commanding Officer of the U.S.S. Rasher during the fifth war patrol of that vessel in enemy Japanse waters from June 22 to September 3, 1944, and as Commander of the Coordinated Attack Group of two submarines during that period. Skillfully maneuvering his ship to penetrate strong enemy escort screens maintained around enemy shipping, Commander Munson launched bold, aggressive attacks in the face of heavy and persistent countermeasures, to score twenty-one hits out of twenty-four torpedoes fired, sinking five enemy ships totaling 22,000 tons. Planning and efficiently handling his own ship and another as a group, he enabled the other boat to sink two 10,000 ton enemy tankers and a large freighter of 19,500 tons…”

Letter of Commendation: “For meritorious conduct in action as Commanding Officer of the U.S.S. S-38 during the fourth war patrol of that vessel from 22 February 1942 to 13 March 1942. With great daring and consumate skill the Commanding Officer delivered smashing torpedo attacks which severely damaged a 7,500 ton enemy cruiser. Severe enemy countermeasures kept the S-38 at deep submergence and further observations of the possible sinking of this valuable enemy veseel were impossible. The Commanding Officer skillfully evaded determined enemy counterattacks and brought his ship back to port safely…”

Second Letter of Commandation: “For meritorious conduct…as Commanding Officer of the U.S.S. S-38 during the seventh war patrol of that vessel from 28 July 1942 to 22 August 1942… [He] conducted a successful torpedo attack which resulted in the sinking of 8,000 tons of enemy shipping…and brought his ship safely back to port.”

Detached from the U.S.S. Rasher in November 1944, Captain Munson returned to the U.S. Submarine School, New London, for a tour of duty as instructor and Assistant Officer in Charge. In November 1946 he became Commander, Submarine Division 71, and as such conducted the first submarine launched guided missile firings. From January 1948 until April 1949 he commanded the U.S.S. Myles C. Fox (DD-829), then reported to the Naval Postgraduate School, Annapolis, Maryland, for instruction in Advanced Science (General Physics), which he completed at the California Institute of Technology at Pasadena in June 1952, receiving the degree of Master of Science.

In August 1952 he assumed command of the U.S.S. Mispillion (AO-105), which participated in action in the Korean Area under the United Nations Command. He received a Third Letter of Commandation, with Star for his Commendation Ribbon (and Combat “V” authorized), “For meritorious service as Commanding Officer of the U.S.S. Mispillion during combat operations against enemy North Korean and Chinese Communist forces in the Korean Theater from 14 Februry 1952 to 9 June 1953…”

While he was in command of th U.S.S. Mispillion, his ship rescued fourteen survivors of a Chinese merchant ship, Lien Sheng, lost at sea by fire in Formosa Strait in May 1952. Detached from that command in July 1953, he was ordered to the Navy Deparment, Washington, DC, for a tour of shore duty in the Bureau of Ordnance as Systems Director, Nuclear Applications. He commanded Destroyer Squadron 3 in 1956 and early 1957. While in command of Destroyer Squadron 3, he directed the rescue of the passengers and crew of the New Zealand passenger ship Matua, grounded in the Fiji islands, and accomplished the salvaging of the ship in early 1957.

Under orders of April 17, 1957, became Deputy Hydrographer, Hydrographic Office, Navy Department. On March 26, 1959, he was designated Hydrographer of the Navy, under the Chief of Naval Operations. While Hydrographer, Captain Munson planned the course of the U.S.S. Triton‘s (SSRN-586) submerge circunavigation in 1960 and staffed the vessel to take a complete bathyscopic and magnetic field survey of the globe along her course.

In late 1960 he was attached to the Bureau of Inspection and Survey, and served as a “test pilot and strategy instructor” for new nuclear submarines on the acceptance trials. He retired to Princeton, NJ in 1961, where he directed RCA Labs Military Systems office, before retiring again and teaching physics at Princeton High School. Captain Munson died July 17, 1975.

Red Scorpion: The War Patrols of the USS Rasher Around the World Submerged: The Voyage of the Triton (Bluejacket Books) The Rescue: A True Story of Courage and Survival in World War II 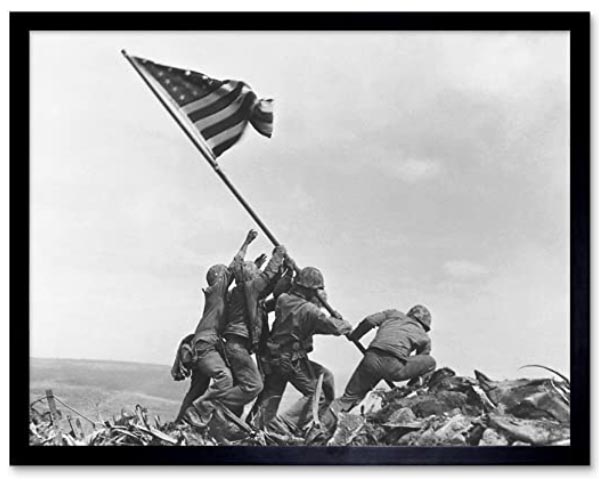